Over 60 Million Americans suffer from Adult Acquired Flatfoot (AAF), otherwise known as Posterior Tibial Tendon Dysfunction or PTTD. This condition generally occurs in adults from 40-65 years of age, and it usually only occurs in one foot, not both. The Posterior Tibial (PT) Tendon courses along the inside part of the ankle and underneath the arch of the foot. It is the major supporting structure for the arch. Over time, the tendon becomes diseased, from overuse, and starts to lose it's strength. As a result, the arch begins to collapse, placing further strain on the PT Tendon, leading to further decrease in tendon strength, which causes further collapse of the arch. This is described as a progressive deformity because it will generally get worse over time. 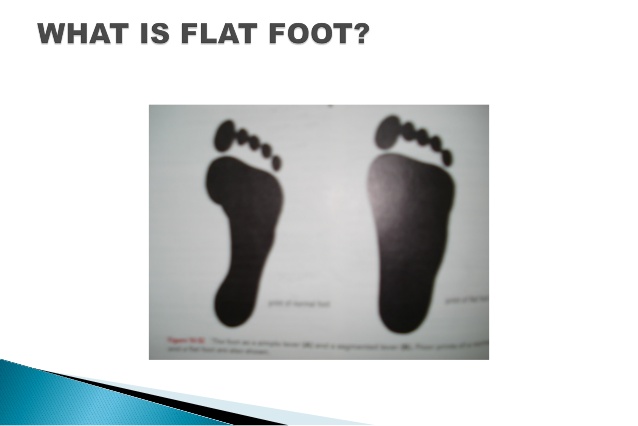 Causes of an adult acquired flatfoot may include Neuropathic foot (Charcot foot) secondary to Diabetes mellitus, Leprosy, Profound peripheral neuritis of any cause. Degenerative changes in the ankle, talonavicular or tarsometatarsal joints, or both, secondary to Inflammatory arthropathy, Osteoarthropathy, Fractures, Acquired flatfoot resulting from loss of the supporting structures of the medial longitudinal arch. Dysfunction of the tibialis posterior tendon Tear of the spring (calcaneoanvicular) ligament (rare). Tibialis anterior rupture (rare). Painful flatfoot can have other causes, such as tarsal coalition, but as such a patient will not present with a change in the shape of the foot these are not included here.

Some symptoms of adult acquired flat foot are pain along the inside of the foot and ankle, pain that increases with activity, and difficulty walking for long periods of time. You may experience difficulty standing, pain on the outside of the ankle, and bony bumps on the top of the foot and inside the foot. You may also have numbness and tingling of the feet and toes (may result from large bone spurs putting pressure on nerves), swelling, a large bump on the sole of the foot and/or an ulcer (in diabetic patients). Diabetic patients should wear a properly fitting diabetic shoe wear to prevent these complications from happening.

In the early stages of dysfunction of the posterior tibial tendon, most of the discomfort is located medially along the course of the tendon and the patient reports fatigue and aching on the plantar-medial aspect of the foot and ankle. Swelling is common if the dysfunction is associated with tenosynovitis. As dysfunction of the tendon progresses, maximum pain occurs laterally in the sinus tarsi because of impingement of the fibula against the calcaneus. With increasing deformity, patients report that the shape of the foot changes and that it becomes increasingly difficult to wear shoes. Many patients no longer report pain in the medial part of the foot and ankle after a complete rupture of the posterior tibial tendon has occurred; instead, the pain is located laterally. If a fixed deformity has not occurred, the patient may report that standing or walking with the hindfoot slightly inverted alleviates the lateral impingement and relieves the pain in the lateral part of the foot.

Initial treatment is based on the degree of deformity and flexibility at initial presentation. Conservative treatment includes orthotics or ankle foot orthoses (AFO) to support the posterior tibial tendon (PT) and the longitudinal arch, anti-inflammatories to help reduce pain and inflammation, activity modification which may include immobilization of the foot and physical therapy to help strengthen and rehabilitate the tendon.

Surgical treatment should be considered when all other conservative treatment has failed. Surgery options for flatfoot reconstruction depend on the severity of the flatfoot. Surgery for a flexible flatfoot deformity (flatfoot without arthritis to the foot joints) involves advancing the posterior tibial tendon under the arch to provide more support and decrease elongation of the tendon as well as addressing the hindfoot eversion with a osteotomy to the calcaneus (surgical cut in the heel bone). Additionally, the Achilles tendon may need to be lengthened because of the compensatory contracture of the Achilles tendon with flatfoot deformity. Flatfoot deformity with arthritic changes to the foot is considered a rigid flatfoot. Correction of a rigid flatfoot deformity usually involves surgical fusion of the hindfoot joints. This is a reconstructive procedure which allows the surgeon to re-position the foot into a normal position. Although the procedure should be considered for advanced PTTD, it has many complications and should be discussed at length with your doctor.
« What Is Posterior Tibial Tendon Dysfunc… Achilles Tendon Pain »
Profile

I do my thing and you do yours. I am not present in this planet to live up to your dreams, so you're not in this world to live up to mine. You're you and I'm I, and just in case by chance we find one another, its glorious. If it is not, it can't be helped

Login to quote this blog

You cannot quote because this article is private.